The Good Ole Days All Over Again 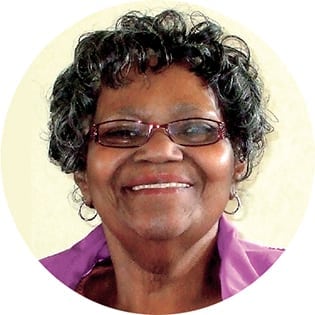 Hi there! Everyone talks about the good old days—how they used to
be—what a difference from today. Remember when gas was 25¢ a
gallon? And cigarettes 26¢ a box with a 1¢ tax? Wow! But of course
young teens didn’t smoke. Before I forget: White Castles
were 12¢. A dollar really went far! There were no
gangs, or at least we didn’t know about them.
Life wasn’t so complicated. You could walk
early morning or late evening and be safe.

Do you remember Field’s Drug Store?
Yes, the place where the teenagers hung
out. I remember it quite well. It was a
place where you could go and parade
with your new or old boyfriend, but he
had to be cute. If he wasn’t, we thought
he was anyway. He’d carry your books
if you had some. Boy, we were young. We
could get a Coke and have two free refills.

This place was the hub for gossip. Mister Field
knew all the teenagers by name. His daughter was
one of us. We knew how to socialize. This was our fun!

The corner opposite Field’s still stands, now a
shack called Tiger Jack’s. He sold candy, pop, ice, coal,
and fishing licenses. He was a jack-of-all-trades. He was on the corner of Dale Street, at one time called St. Anthony Street, for over forty years. A little farther, about two or three blocks from Tiger Jack’s, was the Hollow. This is where the guys played football and showed off for the ladies. Excitement and testosterone were heavy.

One of the other spots to go and have fun was the Arts and Science Museum, located on Tenth Street. (It has since moved to Kellogg Boulevard.) Oh yes, the museum! We would go and wander
through the Eskimo and the American Indian displays. We would
stay for hours on end—I said we were young. Then we would go to
Bridgman’s Drug Store to have that cup of coffee that never ran out and rum-cherry ice cream—delicious! There were movies downtown, but we went to the ones in our area; the two main ones were the Faust and the Center. We no longer have theaters here.

Oh, before I forget about my boyfriend, now don’t you get jealous! I have always liked tall men because I’m kind of short and that way I feel protected. Kirk had curly brown hair and hazel eyes. He was caramel brown, and he liked me! I was a little heavy, but I carried my weight well. I had long black hair. My mom wouldn’t let me cut my hair, so I had to wear a ponytail or two braids pinned on top of my head. Oh well—but on Sundays I had it curled into a pageboy style, so I looked good. I felt I did. Kirk was my teen heartthrob. He joined the Air Force, and during that time, I cried a lot and wrote a lot of letters. Time heals all things, even my feelings for Kirk. I guess it was puppy love.

Six months later, I met another tall, dark, and handsome man;
this one was a keeper. He made me feel whole, and we clicked.
Nine months later, we got married. This lucky man was David, and
he is still my husband today. We’ve been married for forty-nine
years. Just saying his name still makes me smile. We have three
very bright children: one girl, Lonetta, and two boys, David and
Anthony. I would never stretch the truth—they are intelligent!

Lonetta is a doctor and married, but she doesn’t have any children yet. David is a lawyer and the proud parent of two boys:
Charles and David Jr. Anthony, my youngest, is a mailman; he’s still just looking and looking. As I look at my children now with pride, I wonder how they turned out so well. I have spoiled them, loved them too much, and given them things they didn’t want or need. I know this was probably the wrong approach, but I did it because I didn’t have those things as a child.

Our children are the better part of David and me: the goodness,
the stubbornness, the wonderful smile—the thrift. I could go on
and on. My friends keep me in line when I get too outrageous. They
tell me about myself when I’m wrong and also when I’m right. I’m
blessed; with David by my side, I will continue to learn and grow.
When we talk about the Good Ole Days, I think to myself: I’m still
living them. With the grace of God, I hope the Good Ole Days will
last forever.