Her orphanage sat innocently in the middle of Washington Street, just above the Upper Landing docks of the Mississippi, with the Bucket of Blood Saloon at one end of the block and this brothel at the other. Brinda rapped the front door knocker and stepped back to admire the facade of the whorehouse—the arched front window and doorway all the way up to some curious gargoyle at its highest point.
Just twenty-three, Brinda wore her nursing uniform, as always, and no jacket against the chilly spring day in April of 1914. She still had three children left from the orphan train, most of the money she had swindled from that lecherous doctor, and the name she’d stolen: Brinda Miracle.
The door opened and a handsome woman in her fifties said, “Hello. May I help you?”
“I’m Brinda Miracle. I’m taking over the protectory next door.”
“What a lovely name. I’m Nina Clifford. I thought it had closed and the children moved to a Summit Avenue home.”
“No, I’ve made arrangements to keep the protectory open.”
“Are you here for a donation?” Nina asked. “I’d be only too happy.”
“No, just meeting the neighbors.”
“Well, please step inside.” Nina led her into a lavish waiting area complete with chaise lounges, lamps of beaded glass and a large, crystal chandelier. “Have you children to care for?”
“Three for now . . .” Brinda replied. “The only one you really need to worry about is Nicholas, a skilled and incorrigible pickpocket. He’s twelve and sometimes enlists young Maxine to throw a tantrum, you know, as a diversion.”
“I think you’ll fit nicely into the neighborhood,” Nina said with a laugh. “Some champagne?”
“Oh, my,” Brinda said, a hand to her chest. “Um . . . Why not?”
Nina smiled and poured two fluted glasses.
“Um, Miss Clifford, which do you prefer,” Brinda began, “brothel or bordello?”
“I prefer Nina.” She handed a glass and a napkin to her guest. “Either term is suitable. To the census bureau, we’re a female boardinghouse.” She raised a silent toast. “How ’bout you? You called your business a protectory. Are orphanage or asylum not suitable?”
“Asylum won’t do at all. Orphanage is satisfactory but misleading since not all the children are orphans; many are simply homeless or runaways.” Brinda sipped from her glass. “I like the protect part of protectory.”
“Harboring a pickpocket would seem to contradict that.” Nina peered up the stairs as her girls began to stir.
“Fair point, though there is a bit of Robin Hood in the boy’s thieving, which I guess is good. Only picks on the finest suits.” Brinda shrugged.
“I like his style. Yours, too.” Nina stood and went to the front window. “Why do you think I keep up such an elaborate shop? Makes the politicians and tycoons feel respectable. And who could feel guilty about taking their money?”
“To Robin Hood,” Brinda said with a giggle and raised her glass.
“And his merry men,” Nina added.
“Um, isn’t that the police station directly above us?” Brinda asked.
“Watching over us, you might say.” Nina chuckled and went on to explain the O’Connor Layover Agreement—a system that kept crime under control. Police Chief John J. O’Connor welcomed criminals from across the country to Saint Paul as long as they didn’t commit crimes in Saint Paul. Aided by his gangland liaisons William “Reddy” Griffin, who died in 1913 of apoplexy, and now “Dapper” Dan Hogan, O’Connor would keep the likes of Nina Clifford—and, to a lesser degree, Brinda Miracle—in business for decades. Of course, Nina’s clientele of local businessmen, lawyers, and politicians helped keep the heat off her as well.
“Uh, aren’t your girls committing crimes, um, in Saint Paul?” Brinda asked.
Nina gave a wry grin. “More champagne?” she asked. 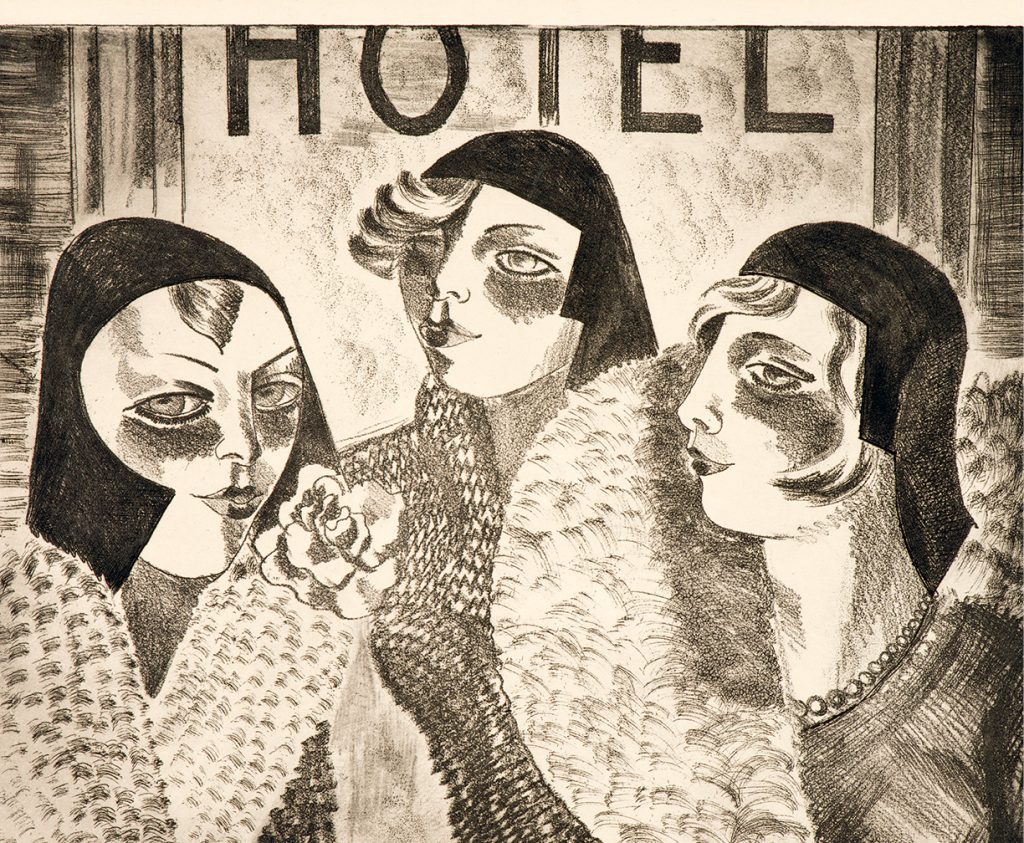 Will Tinkham has published six novels. “More Champagne?” is an excerpt from his seventh, The Miracles. His short fiction has been published on three continents—twice in the Saint Paul Almanac. He lives and writes in Minneapolis.