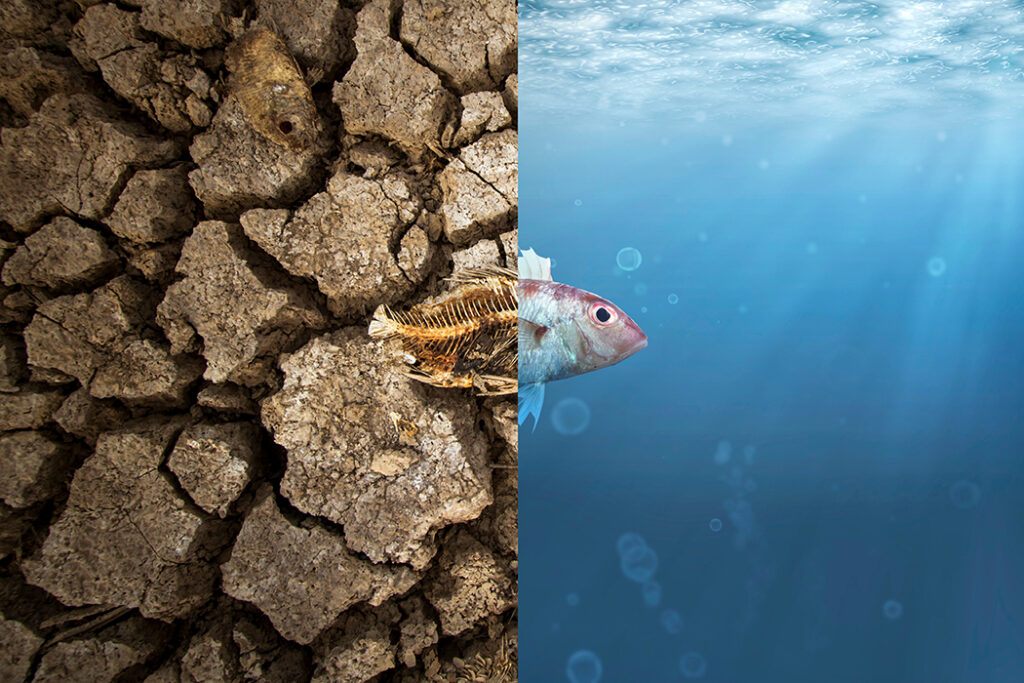 It’s early spring on Lake Superior. The Big Lake has shed its ice, and the April sun has warmed the waters to a temp of 38F. Rainbow Smelt begin to venture from the depths to the edge of their world to seek the warming mouths of the rivers and streams that cut the rocky shores. Here, they will, under the cover of darkness, attempt to spawn. And humans will gather at the edge of their world and try to snatch them.

No, things aren’t the same as they once were during the sixties and seventies. The nights of scooping up rivers of smelt without a net are history, but with the right net you can still round up a few meals worth. Dylan, my son, and I have been on many NorthShore adventures but have never attempted this before; we decided that this spring we’d give it a shot.

By 9 p.m., vehicles are already parked bumper to bumper on the highway 61 bridge over the Lester River, just north of Duluth. As we cruise slowly looking for a spot, we are treated to a panoramic view of the annual smelt harvest. Head lamps dart around like light sabers as hopefuls swat their dip nets into the dark waters. Small fires flicker, barely lighting the mouth of the river as the small silvery fish are attempting to swim upstream where the females will lay their eggs on the rugged river bottom for the males to fertilize. As first-timers, we must take our cues from the more experienced.

The half-moon light shivers on the surface of the windless lake as we gather our gear and set out on the hunt. I felt like a walrus as we slogged along the road in our insulated chest waders, with a cooler and 25 feet of net in tow. To get to the mouth of the river, we cautiously mountain-goat down a cascade of billion-year-old blocks of basalt, our head mounted lights ushering our steps. A final leap lands us on the beach, a spit of egg-sized polished granite stones.

The springtime joy of the Lester River roars over the crunching of our steps as we make our way across the spit, passing throngs of enthusiastic smelt netters huddled by fires to take the bite out of the night. The crackling scent of burning wood and frying fish tempts one to just plop down and enjoy the scenery.

Selecting a more sparsely fished area, we unravel our nets on the water’s edge and wade into the water of Gitchi Gami, and even though we have some protection against the chilly waters the cold seems to rise and envelop us. The lake bottom is a sea of slippery softball-sized stones that makes walking a sobering task; I almost went under after only a few steps. We plant our poles on the bottom and begin stumbling toward shore. Our first pull nets us several large rocks and zero fish. Next, we tried lifting the net off the bottom and that produced the excitement of a flopping net full of silver smelt and no rocks.

We were experts! The only decision we had to make was how late we wanted to stay up cleaning fish. We are happy that smelt run only after dark, so we don’t have to leave our warm beds at dawn.

The next evening, feeling confident in our skills, we decided to try the beach on Park Point, which being all sand made the trek many times easier. Several signs warned that no fires were permitted on the beach; lanterns were no match for the smell of burning wood. But it was quiet; the water was calm save for some light swells, and the temp was hovering around 50F.

We unfurled our nets and walked a good distance out before the water rose to our chests. Standing well off the shore, we took a few moments to thank the water and the fish, and to savor the poetry of the moon and starlight on the Big Lake.

In the sand, we planted our poles and plied the waters. As the first pull reached the shore, we discovered that we had again caught a lot of lake bottom and three fish. The second pull, staying clear of the bottom, delivered a net overflowing with silver fins flipping in the net. We did two more pulls and harvested a cooler full, enough to keep us busy till the wee hours.

Scissoring our way through the Rainbow Smelt, several hundred eyes stare up at us from a plastic pail. It’s hard to avert my gaze and dismiss the intruding sadness and anger that our species’ sloppy management of dangerous chemicals has led to their bodies becoming vessels of toxicity. I feel we should apologize to them for our destructive way of living that spills into the earth, the plants, and the animals. If it’s any comfort, I tell them, my body is also contaminated with Agent Orange due to chemical warfare waged by the US during the American War in Southeast Asia. They don’t bat an eye. Fish don’t lie.

The DNR has issued a fish consumption advisory for the little fishes due to high levels of “forever chemicals,” specifically PFAS, a group of human-made chemicals that do not biodegrade, instead bio-accumulate-magnify in the organs of fish and humans. We are advised to eat no more than one meal per month. The source of contamination is, in most cases, improper disposal in landfills that allow the chemicals to enter water systems. PFAS are in everything we use and can cause a myriad of health problems. Our fish are stain-resistant, waterproof, and non-stick.

Smelt are delicious; there are several recipes to experiment with. Dylan has pickled some and made a batter. My favorite method is dredging in flour and frying, but I can’t say that one’s knowledge does not have an effect on one’s taste buds. Dinner and a movie? You might try a film entitled Koyaanisqatsi, the title is from a Hopi word meaning ¨life out of balance¨.

Robert Hale is a performer living in Saint Paul, MN. He writes of his travel adventures, as well as his interesting interactions with rocks and water, plants, animals and air. For more info, visit http://www.roberthale.com