The August 28, 2013, march in Saint Paul commemorating the fif­tieth anniversary of the 1963 March on Washington expressed the historic interconnections of the labor movement and the civil rights struggle. While other observances highlighted Dr. King’s iconic “I Have a Dream” speech, featured prominent political office-holders, or called attention to current critical issues such as education and housing, the Saint Paul march placed the labor movement at its very center.

The march was organized by local and state chapters of the Service Employees International Union (SEIU), which represent custodians, cleaners, window washers, security guards, school employees, hospital workers, and home health care providers. Today, the majority of these organizations’ members are African Americans, Africans (Somali, Oromo, Ethiopian, Eritrean, and Libe­rian), Asians (Hmong, Vietnamese, Laotian, Karen, and Tibetan), and Hispanics (Mexican, Salvadoran, Ecuadoran, Dominican, and Chicano). Of course, there are also white members, and they, too, were well represented at the march. In all, these are the work­ers who clean our buildings and offices, provide us with frontline healthcare, and cook and serve our children’s school lunches. They have learned that their efforts to do their jobs well, to earn a stable income with family-supporting benefits, to be treated with respect and dignity on the job, and to secure the political status of citizen­ship rest largely on the effectiveness of their union organization.

The organizers of the Saint Paul march chose as its starting place the park named for a man who devoted his life to this understand­ing, Frank Boyd. Born in Kansas in 1881, Boyd had moved to Saint Paul in 1904 and gone to work as a railroad porter for the Pullman Company, then the largest employer of African American men in the United States. Pullman’s ads in newspapers and magazines urged potential customers to “experience the Old South” by riding in its well-appointed sleeping cars complete with Black attendants. These workers gave the Saint Paul–Seattle run the ironic name of “miles of smiles,” as they stood on their feet around the clock, performing “happy” service in order to collect tips to supplement their low wages. Boyd became one of the leading organizers of the Brotherhood of Sleeping Car Porters (BSCP), a union that saw the struggle for higher wages, shorter hours, benefits, and a grievance procedure as inseparable from the struggle for civil rights, political voice, self-respect, and dignity.

Theirs was a long and epic struggle. BSCP activists from across the country met in 1925 and asked A. Philip Randolph, a former Shakespearean actor, socialist newspaper editor (The Messenger), and eloquent public speaker to become their executive director. In the ensuing years, not only did the union organization spread, but the porters’ wives and sisters organized themselves into the Colored Women’s Economic Council, to support the porters’ efforts and to secure their own economic and political voice. Saint Paul’s Carrie McWatt served for many years as national president of this important, though not well-known, organization.

Randolph became the most important African American labor leader in the country, and he promoted an agenda that linked union and civil rights fronts. In the late 1930s, he secured union recognition from the Pullman Company and a first contract that not only provided many economic gains for the porters, but also required the company to provide them a slot to post their names in the railroad car so that they could respond to customers’ use of such appellations as “Boy” or “George” (as in George Pullman), or worse, by saying, “There’s no ‘Boy’ on this car. I’m Mr. Jackson.”

At the same time, Randolph became the leader of the National Negro Congress, which linked African American labor activists from a wide range of industries and unions into a force that could demand that white-dominated unions and levels of government change their own discriminatory rules and practices. On the eve of the U.S. entry into World War II in 1941, Randolph threatened Pres­ident Franklin Delano Roosevelt with a “March on Washington” that would reveal American racism to the world unless FDR would decree the end of discrimination in war industries and government employment. FDR gave in and Randolph called off the protest.

Frank Boyd’s local activism paralleled Randolph’s. When he was fired in the late 1920s for his organizing efforts, Boyd went to work at the Armour Meat-Packing Plant in South Saint Paul and continued to organize porters. He also supported Frank Allsup, an African American organizer for the Packinghouse Workers Orga­nizing Committee, who came from Cedar Rapids in the mid-1930s to unionize more than ten thousand meat-packing workers at Armour, Swift, Cudahy, and Superior Meat-Packing, many of whom were Black and Hispanic.

Although Boyd passed away in 1962, other African American trade unionists responded to A. Philip Randolph’s call in 1963 for a March on Washington, a march for “Jobs and Freedom.” Randolph and other African American activists, along with key white labor allies—such as Walter Reuther of the United Auto Workers and Herbert Hill, the NAACP’s labor secretary—feared that the Civil Rights Movement’s momentum was lagging.

Randolph’s longtime associate Bayard Rustin chose January 1, 1963—the one hundreth anniversary of Lincoln’s issuance of the Emancipation Proclamation—to present Randolph and leaders of the newly organized Negro American Labor Council a plan for a national march and action in Washington, D.C., on August 28—the anniversary of the murder of Emmet Till. They leapt at the idea and, over the next months, recruited leaders from the Southern Chris­tian Leadership Council (Dr. King), the NAACP, the Urban League, and the Congress for Racial Equality to help build the event. While Dr. King’s speech has been given pride of place in the history books, it was the African American labor movement that initiated and built the idea for the march itself.

So, let us give a hearty thank you to the organizers of the August 28, 2013, march in Saint Paul. They have honored an overlooked— but important—history by continuing to organize workers and to link the labor movement with the civil rights struggle. And let us join with their members to take on the task of what remains to be done. 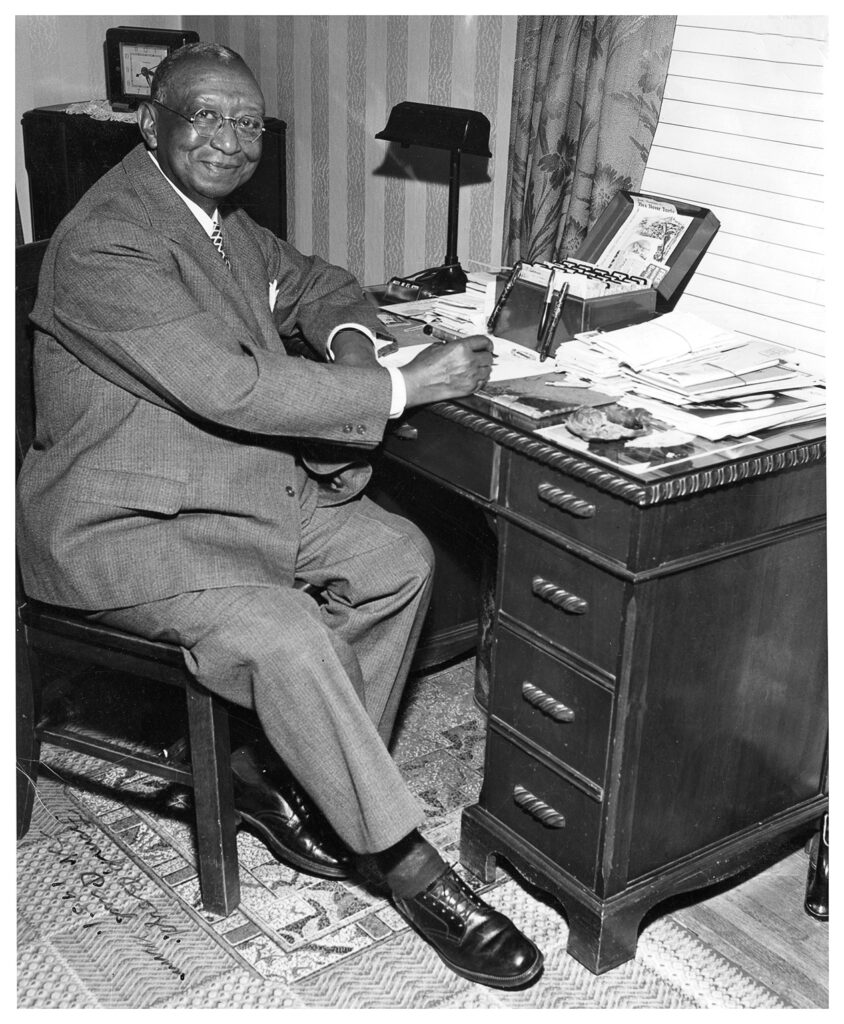 Peter Rachleff is a labor historian who has taught at Macalester College and Metropolitan State University. He is a founding codirector of the East Side Freedom Library, which will be a center for labor, African American, and immigrant history, housed in the historic Carnegie Library on Greenbrier Street. He writes the monthly Conversations Between the Past and the Present blog in the Twin Cities Daily Planet.